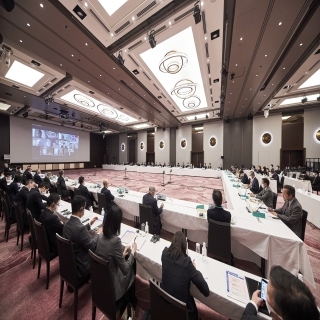 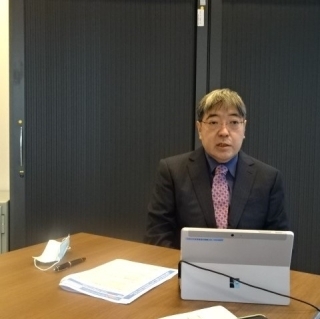 Established in 1999, the BRT brings together Japanese and European business leaders once a year to discuss the promotion of trade, investment and industrial cooperation between Japan and Europe. At the meeting, the BRT adopted its EU – Japan Joint Recommendations and delivered them to the Japanese and EU authorities.

This year’s meeting was held online in response to the spread of COVID-19, with Tokyo and Paris as the main venues. Mr. SAKUYAMA Masaki, Chairman of the Mitsubishi Electric Cooperation and Mr. Philippe Wahl, Chairman and CEO of Le Groupe La Poste chaired the meeting. In addition to Japanese and European business people, also participating and speaking at the event were Minister KAJIYAMA Hiroshi, Japan’s Minister for the Economy, Trade and Industry (METI) and Japan’s State Minister for Foreign Affairs, Mr. WASHIO Eiichiro. Representing the EU were Commissioner Thierry Breton, EU Commissioner for the Internal Market and H.E. Dr. Patricia Flor, European Union Ambassador to Japan who also took part and gave speeches.

At this year’s meeting, sessions were held on the themes of “Taking stock and highlighting the success of the EU – Japan EPA”; “Raising awareness of new challenges and taking advantage of the EPA under the new normal of the COVID-19 pandemic,” and “Evolution of the BRT.” A roundtable discussion was also held on the topic of “Reflecting on the EPA, EU-Japan Business Collaboration in Third Markets, Digital & Green Issues.”